After a disorienting overnight bus ride we arrived in Hamburg, the first stop in Germany! Right off the bat, even ordering food was tricky, but we started learning quickly. I’ve found that the immigrants are often the best people to speak to in german. The locals have been learning and using english their entire lives, whereas the immigrants have only been learning german as a second language and their english seems worse, so they are more inclined to continue explaining something in german when I get confused.

We spent the day exploring Hamburg. There were a lot of pretty buildings, a nice botanical garden and cheap good food. 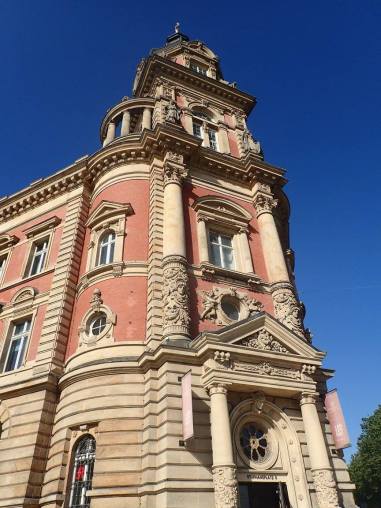 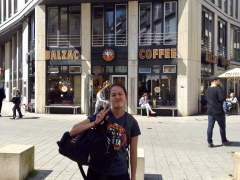 pretty good food, but incredibly cheap; well worth the price 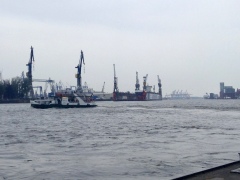 The second iconic site of Hamburg is the massive cranes loading and unloading the cargo ships.

One of the cooler things we saw was St. Michael’s Church. This is the second edition of the church and even this edition has had it rough. The original church was struck by lighting and burned to the ground. Since then, the current building has been reconstructed twice, once after another fire and the second time after the WWII bombings. Walking into the building, the massive organs covering three of the walls resonate boldly in the eardrums. The statue at the front of the church is St. Michael showing the devil who’s boss. 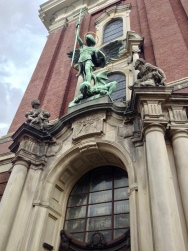 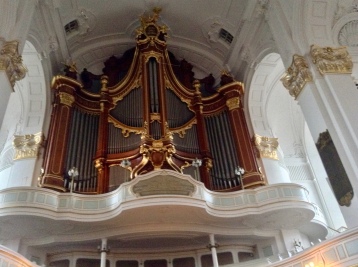 The Elbphilharmonie is a bit of a sensitive subject to me. It is a concert hall that was recently opened in Hamburg and supposedly has an absolutely incredible sound. The walls of the main concert hall are covered in panels that were generated by a computer program in order to reflect and absorb different frequency bands within the audible spectrum. Right up my alley, right?! Unfortunately, the hall is currently on summer pause and there are not any concerts until late August. Still, we were able to go in and tour the building for free and it is quite beautiful. 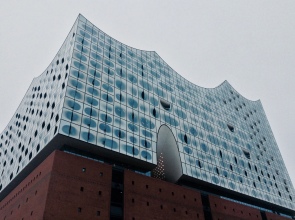 going up or going down?