We left the Dolomites this morning. Our destination was Arona, a small lake town in northern Italy just outside of Milan and near the airport that Dad will be heading out from tomorrow. On our way we picked up two german girls that had a few free weeks and were hitch-hiking down to Croatia. They had some big backpacks with them and they had been apparently been camping along the way. We dropped them off in Verona which also served as a good excuse to check out the city. I think this was the first truly Italian city that I have seen, since one could argue that the Tirol region is either heavily influenced by german culture or not influenced by german or Italian culture. There were some incredibly old buildings. The city used to be fortified from all directions and parts of the gates built 50-40 BC are still standing. Add to this the roman colosseum and medieval structures. There is even an area where the pedestrian-only street just drops off 10ft. Leaning against the railing you can see remnants of old aqueducts that used to run throughout the city.

We arrived in Arona late that afternoon and grabbed some food, walked around a bit, accompanied by espresso and gelato. This is Italy isn’t it? 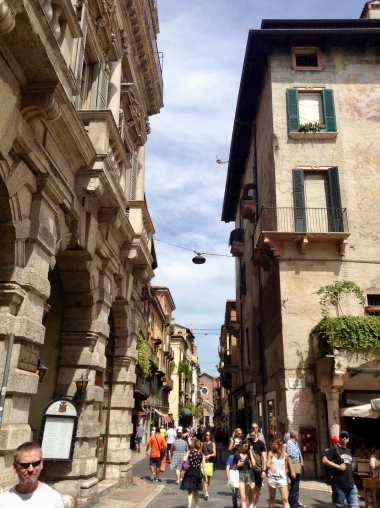 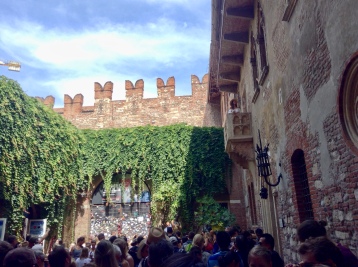 Inspiration or inspired by the famous window scene of Romeo and Juliet. Juliet included.

The colosseum had the feel of a modern arena but with centuries of history. Walking through the tunnels along the perimeter reminded me of how Alex and I used to go explore the arena during hockey games when we were little. I wonder if we would have done the same had we been in Verona 2000 years ago!

After parting with dad, I spent the next day making my way north to Freiburg im Breisgau, Germany. Took the train up to Thun, Switzerland, a small city that has a massive river flowing through the middle of it!

how to know you’re in Italy

the river flowing through Thun, Switzerland

I then made my way up to Freiburg im Breisgau, Germany, not to be confused with Freiburg, Switzerland! The whole train ride I was praying that I wouldn’t step out in the wrong Freiburg. Fortunately I did not!

Explored Freiburg for a few days. The main reason for going there was, of course, Ganter brewery. Walking around Freiburg there are signs in every bar and restaurant advertising Ganter bier. I wound up going on a tour of the brewery, which you can check out in another post! Went to the church, which isn’t particularly special, with one exception: the stained glass. Both side walls are lined with stunning and colorful glass art. Overall I really liked Freiburg. There is a lively young scene due to the university, and there is also some really nice architecture in the old town which is fun to walk around.

entrance to the church 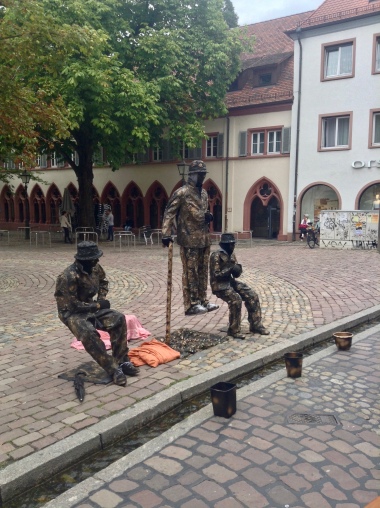 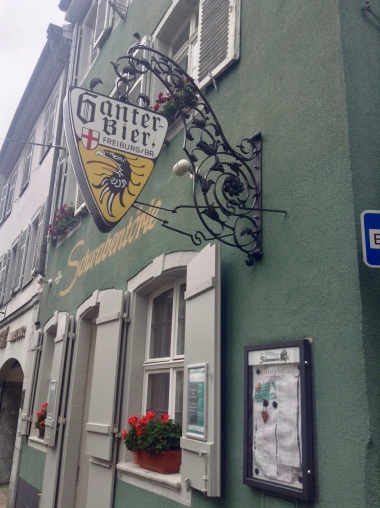 signs for Ganter Bier all over Freiburg!!!

The Kagan…don’t go there. I was intrigued because there is a single tall building in Freiburg and on this particular Friday night colorful lights were flashing out in all directions from the 16th floor. It wound up just being a trashy club though. Save yourself some time, go to the coffee shop instead. Same view. Less dirtbags. 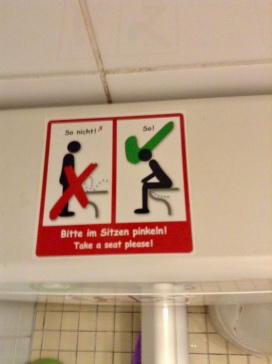 My airbnb stay was a little weird…

Definitely the defining feature of Freiburg is the Bächle, a sort of aqueduct system that direct the river through the city. The Bächle, dating back to at least the 13th century, were originally installed as a water supply that could be used to fight fires. Nowadays the sound of soft trickling water may be heard all over old city Freiburg and these waterways give the city a unique and fun quirk. Stands may be found where children get toy boats that they may pull through the mini rivers. It is even said that if you accidentally step in a Bächle you will marry a Freiburger! 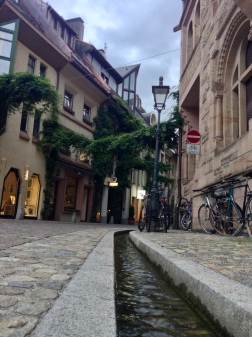 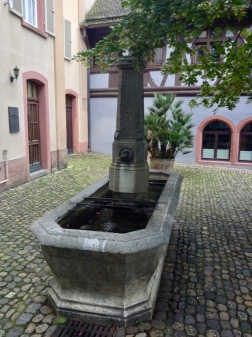