Flew into Geneva from Florence. Geneva kinda sucks. There are some pretty things, the lake is nice, but it’s all ritzy well dressed business people and fashion shopping.  Cheap eats for lunch start at $17 and a medium americano from Starbucks is $7. I got my Swiss cheese and got out as soon as possible.

Next stop was Annecy, France, which is said to be France’s miniature Venice. I met up with Kristina here and we then met her friend Marie and her sister Lia who lived in nearby Grenoble. We drove down to Grenoble together, but first, of course, I had to get a croissant. They are instantly better the second you get over the boarder to France. The hype is very real. 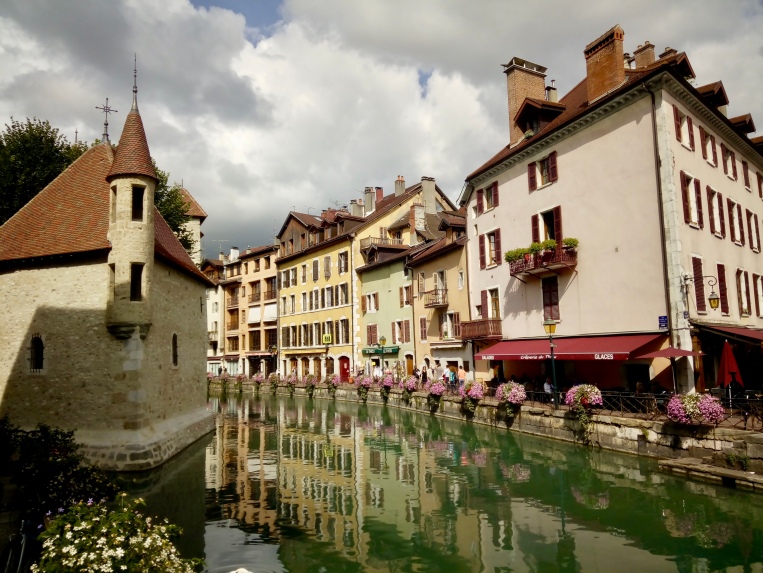 The mountains in Grenoble are spectacular. They are surrounding the town in every direction. The following day we went for a beautiful hike that ended in a 360° view looking down at Grenoble in one direction and showing endless mountains in the other.

another view from Marie’s place 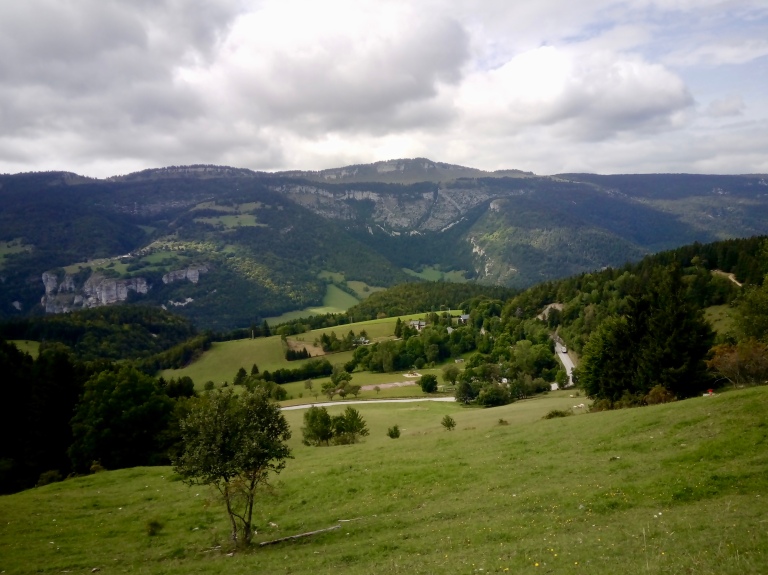 The following day I went on my first via ferrata, wahoo!!! It was so cool! I was very surprised at how engaging it was. There was a pretty overhung section where you really had to use your arms to support yourself. With wires and bridges and funky rock ladders, there was no shortage of interesting movement through the climb. 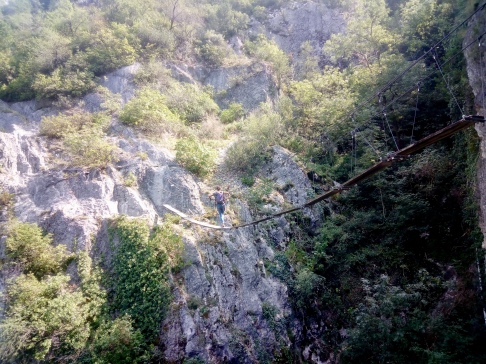 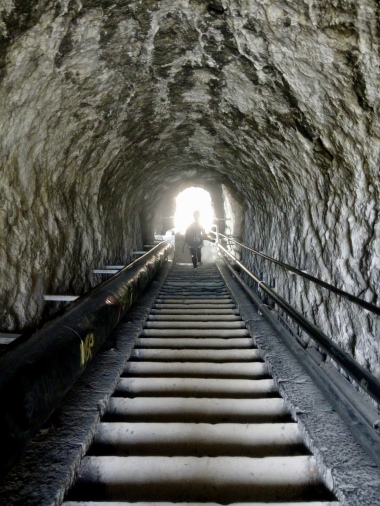 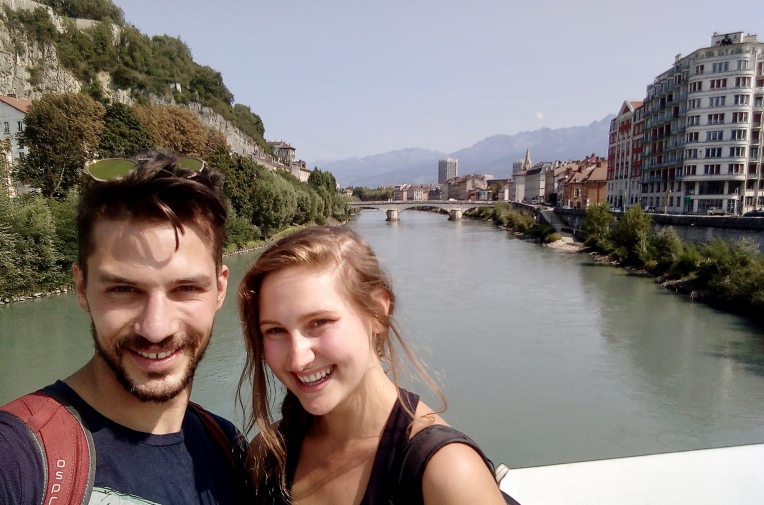 Kristina and I hit up the climbing gym later that day and then Marie’s dad met us at a free concert at La Belle Electrique, with the standard European house beats but with a French twist. Such a cool venue! 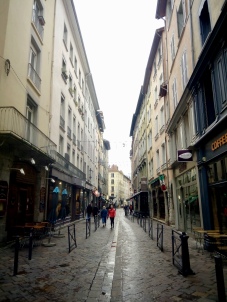 In France they have a sandwich called an Americain. It’s hamburger meat with cheese and pomme frites stuffed inside and of course slathered in ketchup and mayo. Seems about right.

The other day we drove to Beuafort, France, where our friend Marie had happily spent 5 years as a ski bum. In heavy overcast that only made the intermittent breaks all the more breath-taking, we did a via feratta close to Mont Blanc. The pictures sum up the experience. 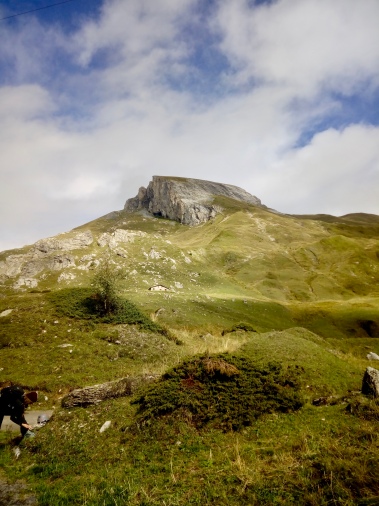 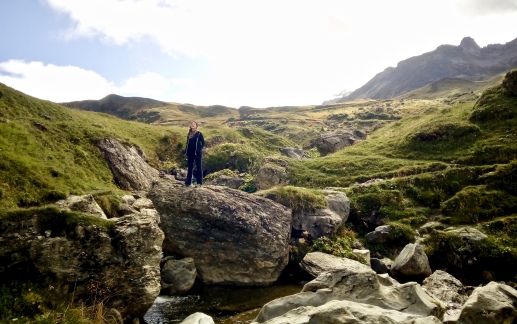 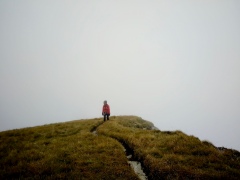 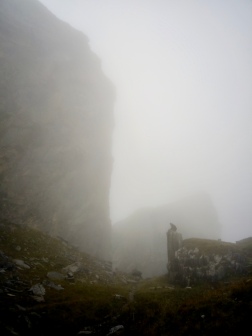 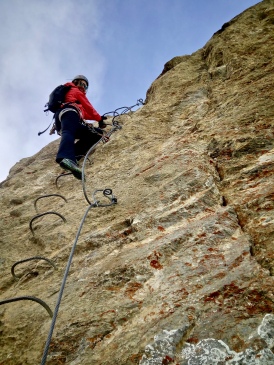 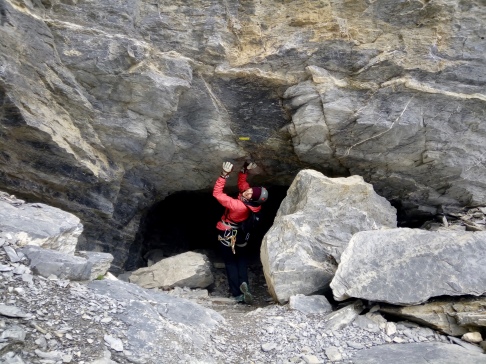 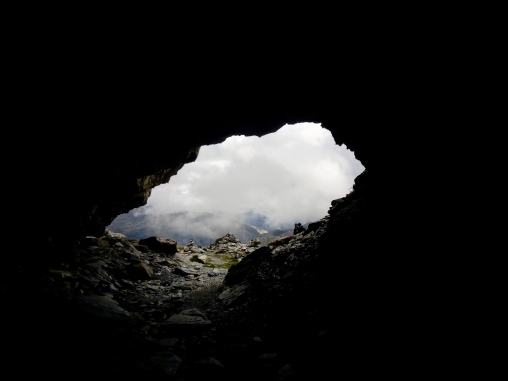 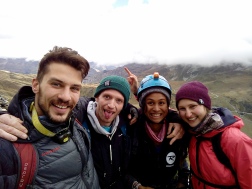 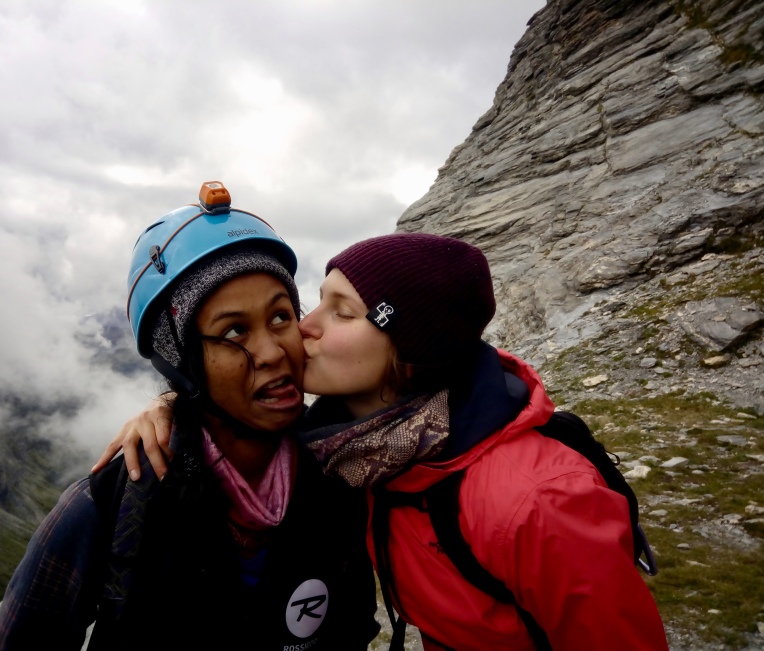 Unghhh! I’m so frustrated. I had a photo of the meal and somehow it disappeared… We went to Caffè Forté in Grenoble on Marie’s recommendation. It wasn’t cheap, but reasonably priced by french standards, and so good!!! My dinner was duck kebabs with a delicious sweet caramel sauce, ratatouille and potatoes au gratin loaded with garlic. The entire basket of bread was soaked in the caramel sauce and then it suddenly disappeared. Weird. If you’re in Grenoble, check out Caffè Forté!

Sweets topped with rum for dessert at Caffè Forté

So Remi doesn’t speak a lick of english, but we’re been having so much fun with him. There’s a lot of…”Cava? cava. Cava? cava”