After returning the car in Grenoble, (visit number 2), Kristina and I headed south to Entrechaux for La Fête du Spit, the second festival of Greenspits on the recommendation of our friend Jan Novak (photo credit for a lot of these, thanks Jan!). Greenspits is an organization of eco-conscious climbers trying to raise awareness and promote positive behavior at the crags, especially in the wake of the recent growth in popularity of climbing. This is the second year that they will have hosted a festival. In case you were wondering, spit is french for bolt, but I still haven’t figured out why they aren’t called vertspits. You can check out the organization here.

On the way down we took a blablacar, which is a European carpool service. It’s cheap for passengers and allows drivers to save money on tolls/gas and have some company on the road. I’m starting to realize how common it is here; people use it all the time. Anyway, the point of bringing this up was that I have been having a ton of fun trying to communicate with french people and I had a funny quip from our blablacar driver Max. I forget what the point of his story even was, but while talking in english he goes “Noon. Noon? right?” …we stare blankly. He clasps his hands together and nods his head down. “Aha! Nun!” “right! Nun! but a man!” “Oh I know! Priest!” “Yes! So the priests did this back in the 1800’s…” Communicating like this is like a game of charades and it’s entertaining as ever to see how people work through what they are trying to say. French has been such a good level for me because I know just enough that I can often convey my point with creativity and a willing participant.

So we arrived at the Fête late Friday night to some friendly people and a table of food. We watched a really entertaining movie about some french climbers back in the 80’s to 90’s who were bolting some of the first areas in France. The whole movie was in french without subtitles, so that was interesting, but some friends translated some of it and it was entertaining enough to watch the dreaded-out huge-moustache’d man in yellow converse talk about how they used to set fake bolts that would fall off the wall when you clipped them in order to prank each other.

The next day involved climbing at Falaise d’Entrechaux and some climbing oriented workshops. There was a particular climb called Robot Jam, 6c, that there was a competition on. The competition was to complete the climb with as many kneebars as possible, where a kneebar is counted by a handsfree rest for at least 3 seconds. Two bonus kneebars for doing the climb in your underwear and 3 bonus kneebars for doing the climb in the green panties that were, at the moment this was all being explained, dangling from a tree next to the climb. 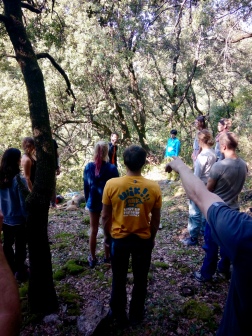 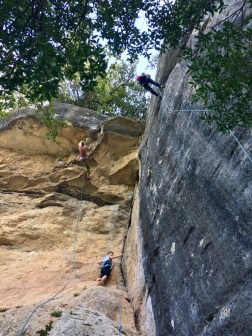 That night there was a cooked meal of veggies and thai coconut sauce over rice followed by…dancing! Not to brag, but our crew totally started the dance party. There were a couple DJ-climbers spinning records back and forth with each other. One of the DJ’s the difficult-to-miss bubbly dude-ologist La Fouche. I’m pretty sure that Jeff Bridges’ character is just a knock-off of the true dude-ism that is this man.

the Dude in his element

Update: greenspits put up a video of the fête. Check it out here!

After a few hours of not-really-sleep we got up and wound up hitching a ride with the Dude back north. We stopped at his rental home a short ways away from Entrechaux to pick some figs and collect some walnuts from the property. The house is absolutely beautiful. I wanted to move in as soon as I saw it. The Dude explained that some folks have rented the place and afterwards explained that they never left the location for their entire stay. You can take a look here.

beautiful scenery on the drive north

quick stop at the flee market

We stayed at the Dude’s place for a few days with him and his wife Clotilde. The two of them have the young spirited energy about them that was really inspiring. I also learned that the dude had enough experience climbing in the states to know the areas I climb at better than myself. He’s climbed with and knows all the climbing legends and started the Petzl rock trips. The true way of rock-climbing dude-ology!!! 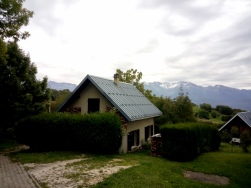 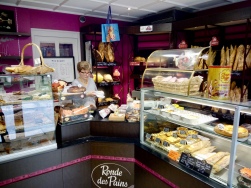 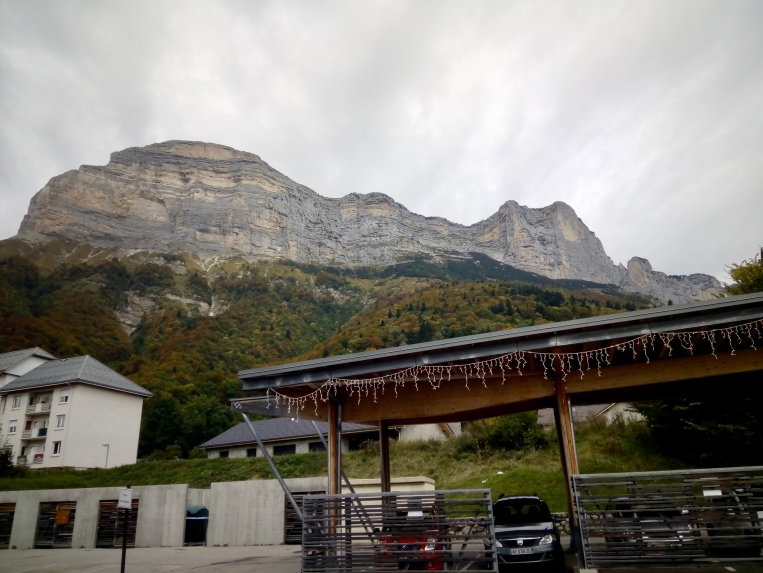 across the street from the bakery

jams with the Dude and Company

Kristina and I spent a day planning and booked our last minute flight to Serbia, however, we allocated a free day so that Kristina could get in her long anticipated parapant (paragliding) in! 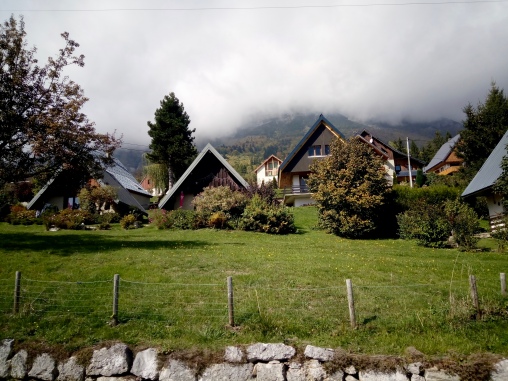 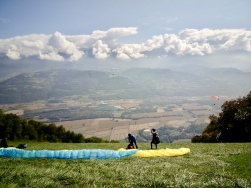 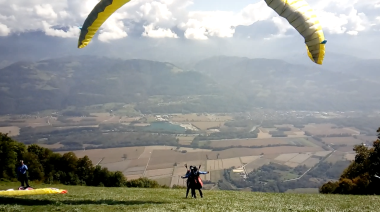 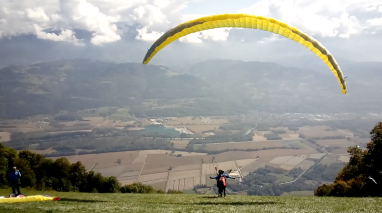