Back in Belgrade. We attended a climbing talk in downtown. On the walk there we passed a congregation outside of the national museum. A speaker was talking to the crowd about shared frustration with the Serbian government. A man selling anonymous masks stood on the outskirts of the crowd. Kristina was only able to translate a limited amount given the bad acoustics so I have little more to tell.

We arrived (late) to the climbing meeting. It was organized by a cute couple, two sponsored rock climbers, one from France, Charlottle, and one from Boston, Josh. We spoke to them afterwards and I would up discovering that I had a few connections with Josh from both back in the states and in our current travels. The two of them left, just today I think, for Niš in southern Serbia. There is supposedly some good sport climbing in the area, so Kristina and I plan to leave Belgrade within the next few days and meet them to climb together, which is very good because I’m starting to get antsy!

We went to dinner with the climbing group which also included some enthusiastic Serbian climbers and the Climbing Tribe, an organization of Serbian climbers who also organized the event that we attended that day. We went to a Mexican restaurant which I mostly wanted to mention just because of this quote off the english menu:

“A salad as a main dish?! Why not! Treandy and healthy! The owner has it oftenly.” 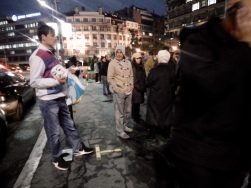 There are underground pathways covering much of Belgrade. These paths allow for easy passage away from the car traffic and they have a cool vibe to them as well.

Saturday night we went to the grand opening of Snap Ping Pong Club. We enjoyed some drinks and socializing and of course…ping pong! 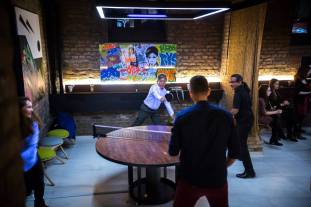 This post has become way too long, as we stayed in Belgrade and the surrounding areas far longer than anticipated. It’s now Friday, October 20th, and Kristina and I have finally moved on south to Niš, nevertheless I should wrap up some of the final adventures in Belgrade.

We finally got a little climbing in by going to the structure along the river in New Belgrade. I thought the gym was scary, but this was a new level. The plywood was moving away from the fixture if you pulled on a hold too hard. Random spinner holds were all about. Fortunately we left unscathed and got a nice workout in.

We hiked Avala mountain one day just outside Belgrade. The hike takes all of 15 minutes. It’s on a paved route and is really nothing memorable of a hike but it was nice to get out of the city and there was a nice view of a beautiful sunset from the top. The sunsets here in Serbia really are spectacular. Similar to the one we saw in Vršac it was a pink sun that you could stare at without bothering your eyes.

Probably the most entertaining part of the day was riding the bus to the mountain. We had to switch buses several times along our route and the midday traffic on these buses was insane! We often had to jump into a bus with seemingly no room to spare just seconds before the door shut and slammed me in the ass. Kristina even climbed up on the side behind some seats in order to find the slightest bit of room. And to think in the states we’re trying to get more people to use public transportation!!! 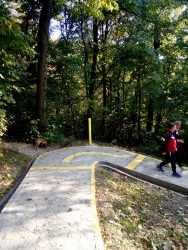 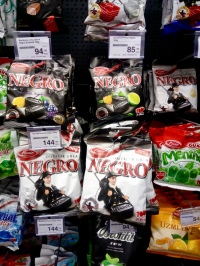 Some other day that week, (yeah yeah I’m getting lazy with this), we spent the day with our new friends Lazar and Jovana, who we nicknamed Lazer and Blazer. These guys were totally awesome and insisted on showing us a good time as their guests. We drove a short 30 minutes to the town of Smederevo.

Smederevo is home to the Smederevo Fortress, which is the largest standing fortress in Europe. Parts of the fortress were slant and looked ready to fall over but in general it was in pretty good condition. It was in far better condition up until WWII when it was heavily damaged by a huge explosion. It’s not clear what exactly caused this explosion but there were lots of munition stores in the fortress and it is believed that an enemy could have snuck into the fortress and lit the munitions. The explosion caused major damage in the town and killed around 2,500 people. 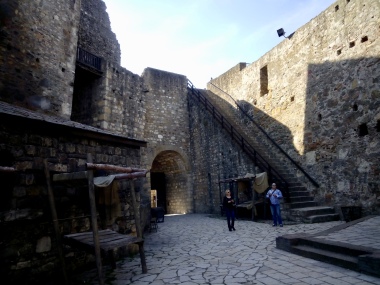 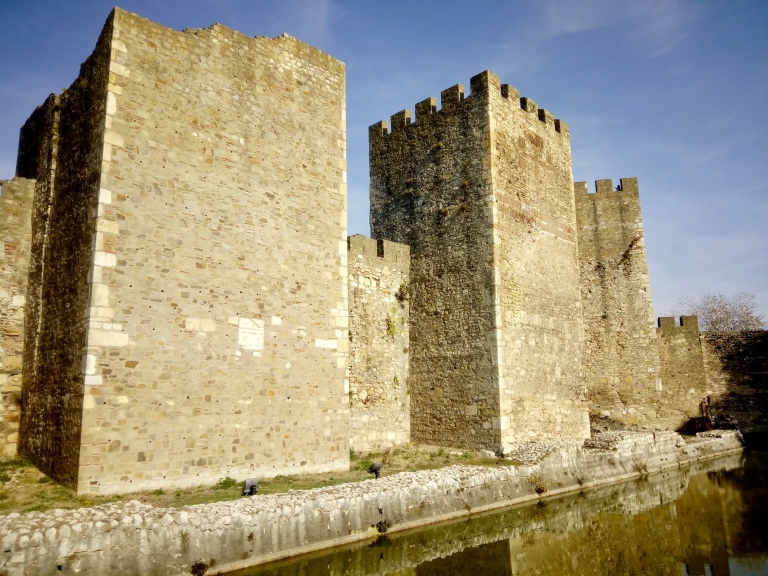 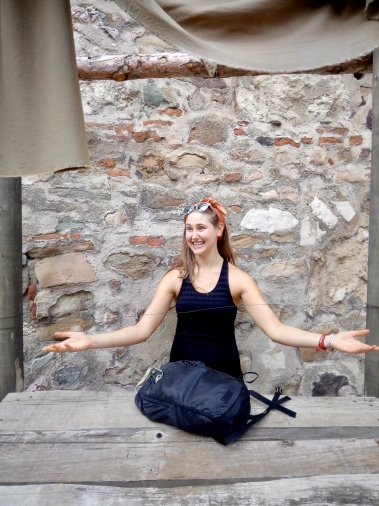 You can walk around the grounds for free and for about a dollar you can enter the quarters where the king and queen reside. Some TV series was recently shot in the fortress, and for the shooting some prop building were made. They looked very convincing until Lazer went up and knocked on a stone to which we realized it was made of styrofoam. 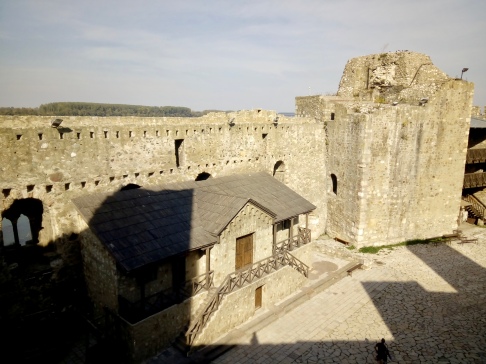 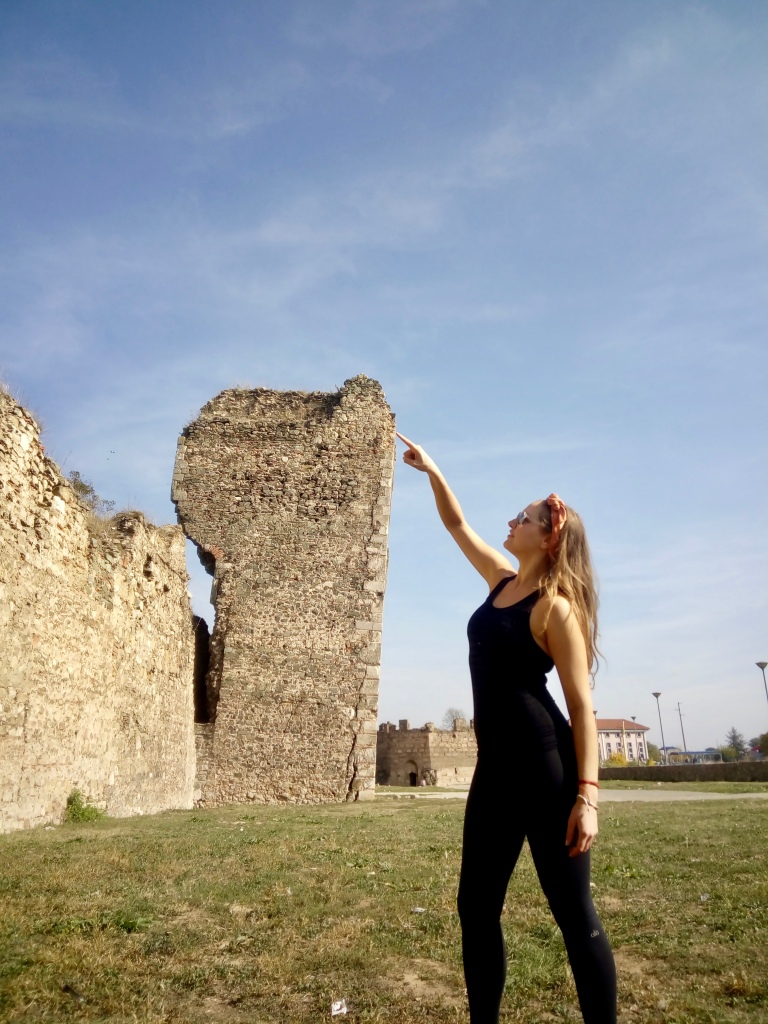 We wrapped up the day by getting fresh water fish straight from the source at a restaurant right on the Danube river. Personally, I was not a fan of the fish. The rest of the crew seemed to like it well enough. 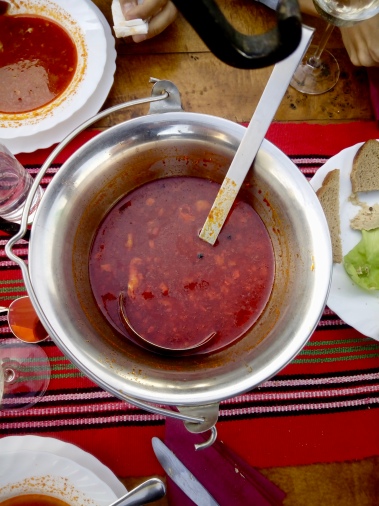 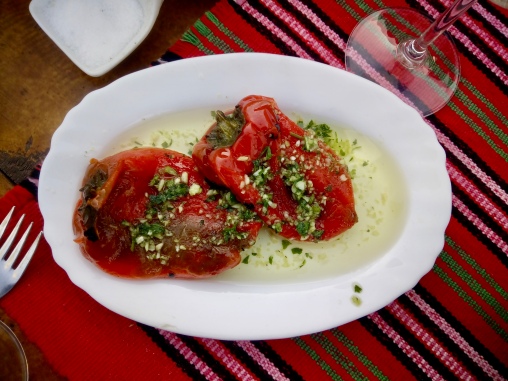 Another night we went out and grabbed a drink at a sort of fancy bar. Folks at the bar were singing along to an odd live music performance by a guitarist and pianist who were playing a style that I can only describe as not American. I sang along to the one song I could, a Serbian rendition of Wish You Were Here, to which I think I was the only one singing.

After finishing our drink we tried getting into one other bar but I already had a feeling that it wasn’t going to go well when I saw the attire of the bouncer and the people standing outside, i.e. fancy AF. Kristina was wearing a sports tank and trail runners and I wasn’t far behind with my own pair of trail runners, synthetic shorts, long ski-socks and a backpack. Hey! It was laundry day! The grumpy bouncer had a whole lot to say (in Serbian) and then pointed at me and shook his head. I asked what he said to which Blazer explained that he didn’t want me entering if I was wearing shorts. I got really excited at this because I was wearing my convertible pant-shorts and I had the pant-legs in my backpack. I explained this while taking off and opening my backpack but the bouncer, for some odd reason, wasn’t having it. He angrily said “don’t even bother” and waived us away. 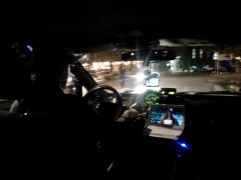 This taxi driver was jamming out to the most ridiculous sing-song video in the front seat. Very entertaining XD

On our final night in Belgrade we went to Fine Sushi, a Serbian sushi restaurant run by a self taught sushi chef. To my surprise it was excellent sushi and very reasonably priced. A fancy roll of 8 pieces was just $5.80 and there were cheaper simple options as well. Not half bad! 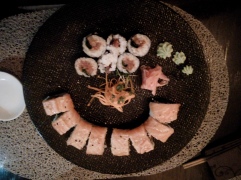 And thus our time in Belgrade ended. I want to give a shout out to our host, the beautiful Jelena. It was emotional living for such a long time in a single room apartment with you, but it was great fun all the same and I can’t thank you enough for having us! 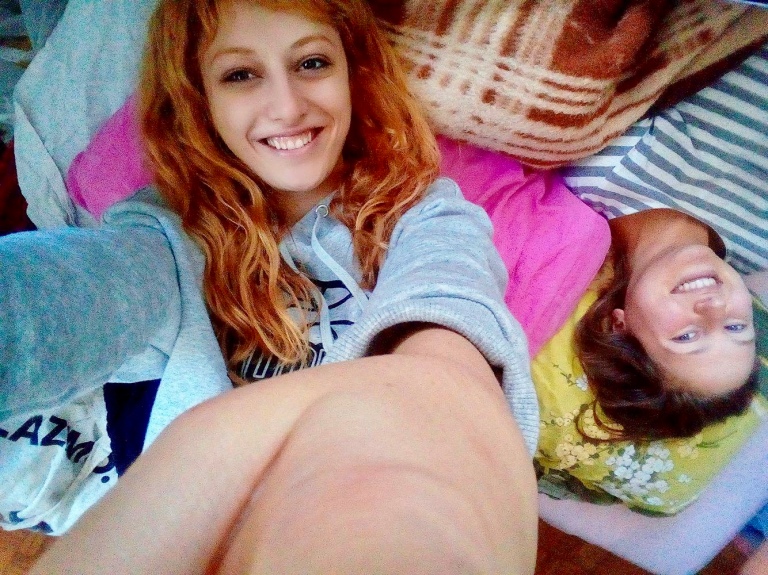