Welcome to ऋषिकेश (Rishikesh), land of yogis, where humble gurus line the sides of the streets. Every wall and every signpost is littered with flyers for every form of spiritual practice. Westerners eagerly sign up for month long intensive training courses. The more seasoned students arrive punctually in order to beat the crowds to the popular drop-in classes. Fresh organic vegan food is all around and a restaurant that serves meat is nowhere to be found. A dedicated student practices his vinyasa jumps on the riverside beach while inquisitive Indians photograph westerners participating in an acro-jam. The madness of the streets starkly contrasts the rigid structure of the classrooms; a nearby cow gives a startling nudge to an unsuspecting passerby. And of course, a yoga mat can always be purchased within a ten meter radius.

While in Rishikesh I attended courses for ashtanga, iyengar, hatha, yin, pranayama, and acro yoga. I sat for a satsang (a lecture given by a guru followed by Q&A). I participated in a week long tantra course. Of all of this, there is honestly not that much to tell because Rishikesh is not about sight-seeing in a new place, it is about a different type of exploration, an exploration within the self, and this is something that must be experienced for one’s self.

Inner development aside, I can happily say that I joined another amazing international community and enjoyed some great food while making new friends. The mushroom onion kitchari was spot on! 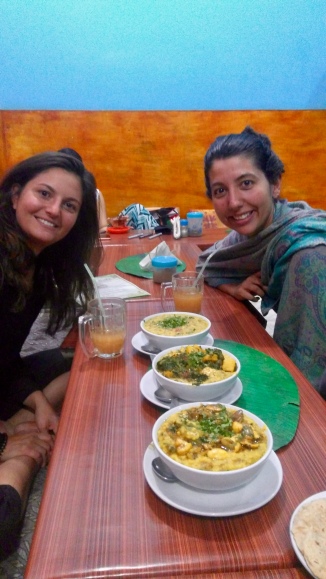 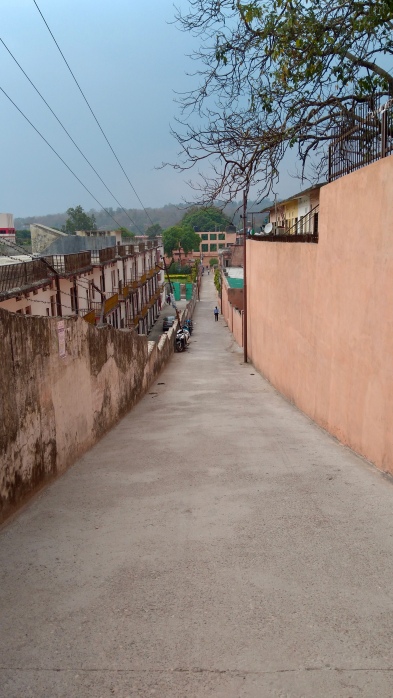 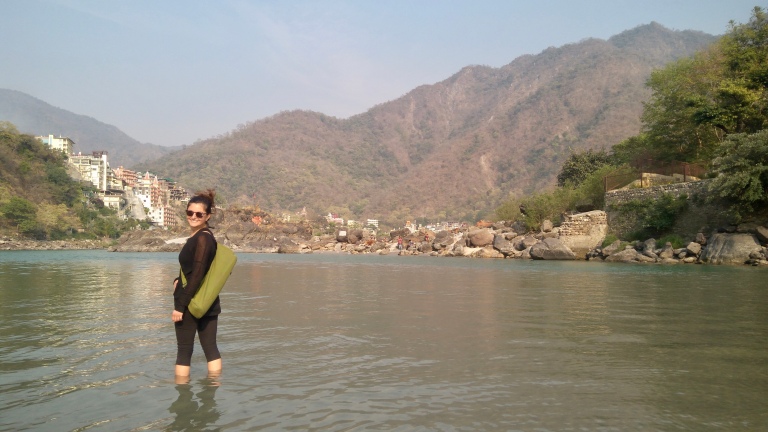 On the last day we got up bright and early to visit the Beatles ashram. This ashram, technically the ashram of Maharishi Mahesh Yogi, is a huge facility constructed in the 50s that used to accommodate well over 1000 residents and got its fame when the Beatles came in 1968 to take part in a transcendental meditation training course.

While at the ashram, the Beatles had a very productive stint of song writing including 18 songs that made it on the White Album. One story that I found interesting is for the song Dear Prudence, which Lennon wrote about a girl at the meditation program that was particularly obsessed with her meditation practice. Lennon wrote the song as an attempt at coaxing her out of her mediation cell.

The ashram was later taken over by the Indian government when Maharishi refused to pay the taxes the government was asking for, leading to its abandonment. Today it is overrun with vegetation. Here‘s an interesting although condescending article published this year on the history and potential revival of the ashram. Check it out for the pictures, more than the patronizing comments on the legitimacy of the presence of spirituality in Rishikesh.

The highlight of the visit to the ashram was certainly going into the secret meditation dome atop a large building. After playing around for a while with some resonant frequency chanting inside the dome we sat for a quick meditation sesh. What at first seemed to be a helicopter flying over head, we later discovered was the wind blowing over the small opening at the top of the chamber, causing a super-sized effect analogous to the hum invoked by blowing over the top of a bottle! 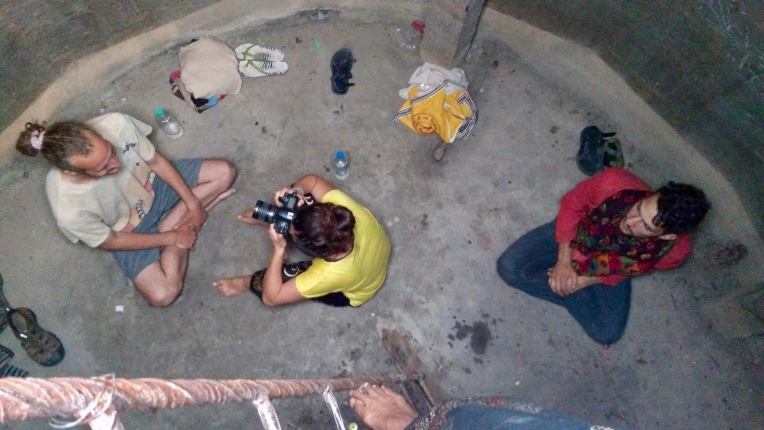 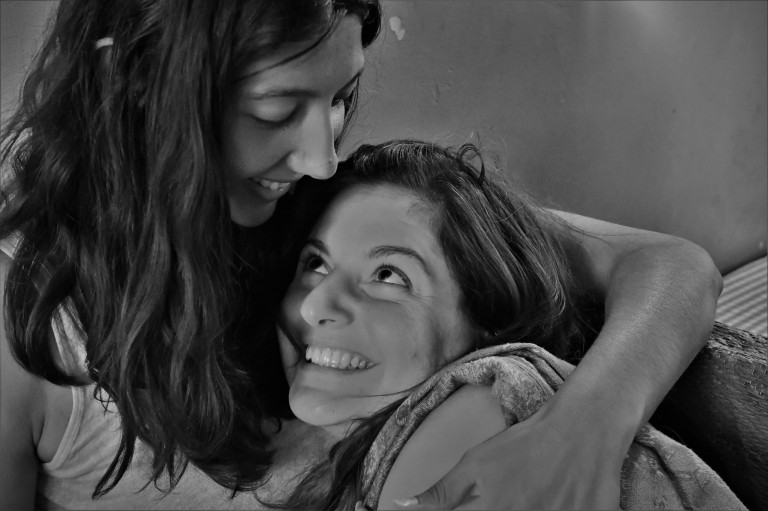 Being that this is my last post on India, I have to take some time to talk about this amazing country.

I had not the slightest idea what I was getting into upon arriving in India. I had been traveling the world for seven months already and I thought I had seen it all. The original plan was to do a vipassana course and, while we were at it, get some climbing in. Check and check. But that’s only the beginning. This country has left me utterly perplexed on several occasions and only two months later can I say that I am starting to get a grasp on it.

There is such madness and filth coupled with some of the greatest beauty I have witnessed in this world. Here’s a quote that I think describes India very succinctly:

“India is a vast land, intense and full of extremes. Spectacular landscapes lie next to overflowing multitudes of humanity. Wretchedness and decay blend with astonishing wealth. Side by side one finds overwhelming noise and deep serenity, cruelty and kindness, dark ignorance and the highest wisdom. India is a land of paradox.”

I found a book at random while waiting in a hotel lobby in Bangalore. It’s called Being Different: An Indian Challenge to Western Universalism and while I haven’t read it yet, just from skimming the introduction I know that I am looking forward to delving into it. The author, an Indian who currently lives in the US, discusses the differences between western and eastern cultures, particularly the implications of western faith based religions versus eastern dharmic and personal-experience based religions. Running parallel to this is the undeniable fact that while the majority of progress on external development, technology, medicine and so on has come from the west, we as westerners stand as naïve children before the extensive progress accomplished in the east with respect to inner development. Again, I haven’t read the book yet, but I think it highlights a crucial element of social harmony that western society is critically deprived of. You can find the book on goodreads here.

I’d like to conclude this post with what I think is an exemplary illustration of the paradox of beauty hidden in the madness of India.

The streets of India are a mad house. Sidewalks are a rarity. Rules are non-existent; drive on the wrong side if you want, pass anywhere you want, and always be sure to honk your horn.

You see, when you walk down a street in India cars will honk their horns to notify that they are passing. This is particularly important because unlike in the west, their is mutual responsibility: if you don’t want to get hit it’s on you to step to the side.

In my green days in India, I remember hearing a car pulling up behind me and despite my blatantly obvious effort to walk to the side of the street, the driver would lay down his horn and keep it blaring until he had passed me. My blood used to boil. Who the fuck is this guy? Who does he think he is? If he stops up ahead and I can catch up I’ll knock on his window and give him my piece of mind. Unghh…what’s the point. He’s not the only asshole to do this. There will be another just like him. This whole country is full of these self-centered jerks. No dignity. No manners. Slobs and animals.

His face was void of emotion.

This was just a normal day.

This is a working theory, but I believe that the India is such a crazy country that if you let it get to you you will literally go insane. As such, Indian people are far better conditioned than us to simply accept things the way that they are. Have you ever been to a phone store and seen steam coming out of a customers ears as they berate the employee because they have to wait two days to get a new phone? Have you ever gotten upset yourself because someone cut you off in traffic? I could go on but I don’t need to because I know that you know exactly what I’m talking about. And all of this pettiness, all of the over-blown frustration, is over things that Indians have not only experienced, they live it, and things far worse as well, day in and day out.

Where India could learn from us on how to take care of the environment around them, they could teach us just as much on how to take care of ourselves. I still have so much learning to do, but my eyes have been opened to a phenomenally different way of life and for that, to India and all of your fascinating inhabitants, I thank you.