Came into Innsbruck on Thursday. The first thing you notice is the massive mountains all around. I mean, they’re right in your face.

The town is really cute. It feels like most of the stores do one thing and one thing only. You can’t get bread at the Speck Stube (speck = fancy bacon) and you can’t get meat at the Bäckerei (bakery), but it works because they’re right next to each other. 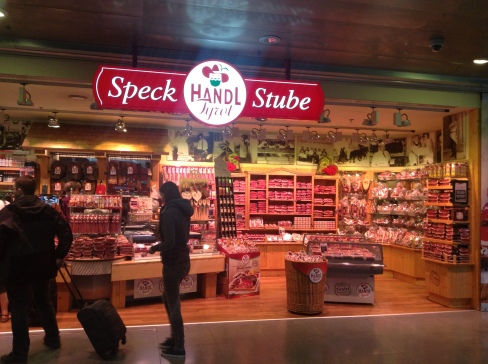 Mini-side-tangent: the boxes here are filled to the brim. You get what you pay for! 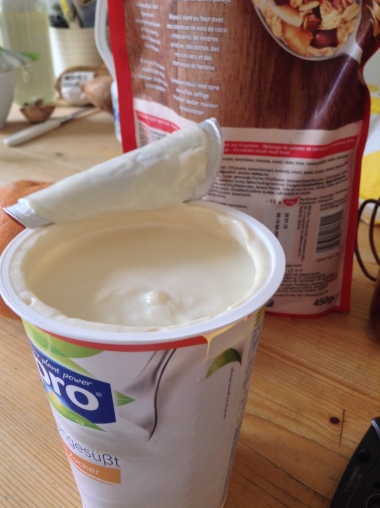 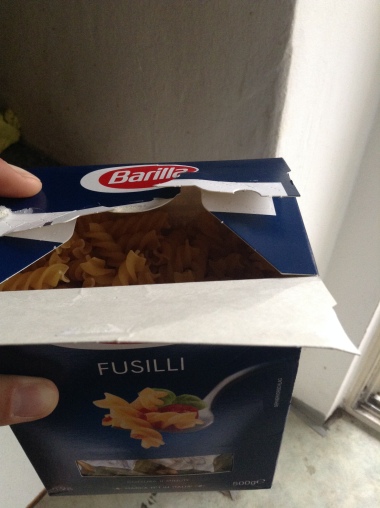 Friday morning: 8 minutes by train brings you to the base of the mountains. The weather was overcast and it started to lightly rain while I was hiking. Saw a group of Chamois fleeing the scene down below. There were a few adolescents in the group. I didn’t get a chance to snap a photo, (they’re very fast on this steep terrain), but I added one of what they looked like. 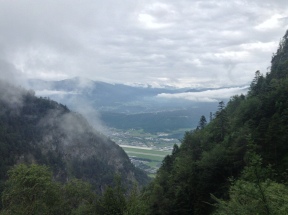 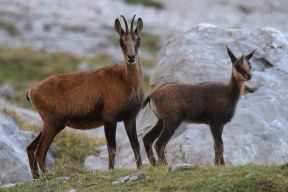 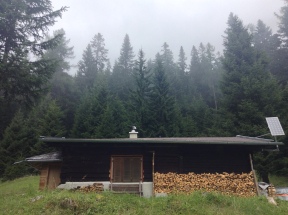 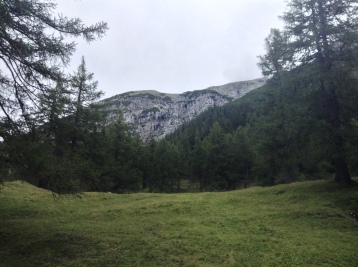 The constant background of ringing cowbells notified me that I had arrived at the Neu Magdeburger Hütte. Two young girls from Hamburg were coloring pictures by the fire. They knew about as much english as I did german, so we did our very best. We exchanged play-on-word jokes that only made sense in one language, often followed by blank stares, confusion, an explanation twice as long as the joke, and finally a well earned laugh. I asked where their parents were and got the explanation that they were at a theater/drama and that was boring to them…in the mountains. Okay? It was only much later when the mother and son walked in that I realized I recognized them from before. This so-called theater had two primary roles. The first role was a mother that wants to go inside the warm hut. The second role, a distressed young child who must find the frogs before moving a step further. The young actor played the part very convincingly. 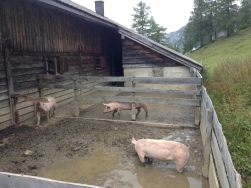 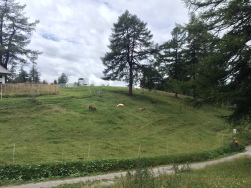 I saw a sign for Klettergarten (climbing-garten) and had to pursue. I climbed up into the valley through a few sections that I apparently wasn’t comfortable with down-climbing. One thing led to another and the next thing I knew, I was stuck in the middle of endless bushes on high-angle terrain, hoping to find a trail soon. How do I always wind up doing this? I ended resolving to return to the Klettergarten, and was able to find a reasonably safe descent. 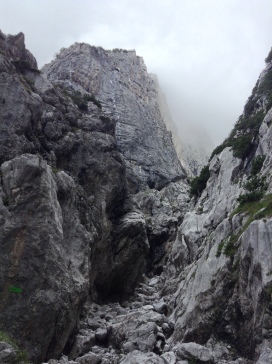 A few bolted routes in the valley. Low angle and chossy. Honestly I wasn’t very interested.

These damn bushes just went on forever. Time to bail.

With the time spent in the hut and the delays in the bushes, I made the unfortunate decision not to summit. Hit a few small peaks on the way down though. Almost all of the peaks here are marked by large crosses (Kreuzen).

Had a chill next day. Got some speck at the speck store. That’s basically the only thing they sell. This other meat I got is a seasoned raw pork that feels somewhere between raw breakfast sausage and pate. It’s so good!

Spent the night hanging out with some roommates from the Airbnb I’m staying at. Michael and his friends are all big into DJ’ing and he has an awesome set up in his room with studio monitors, a kickin’ sub and a pioneer mixer with 4 decks. As I was now slightly more accustomed to, thanks to my experience in Berlin, no one goes to the clubs before 3am. We spent a good portion of the night spinning the decks. At one point it was two other guys and myself rotating song for song. Here‘s a quick taste of some of the music being played.

I’ve also been starting to figure out and appreciate some of the nuances of techno. The songs are mixed at a much slower pace than I’m used to. Because there aren’t as many dramatic transitions, the songs can blend for a long time before cutting the first track and fully fading into the next. As a result you can get some really cool interactions between the two tracks that make it a new and unique experience. Furthermore, because the transitions aren’t as dramatic, you have to grow to appreciate a more nuanced “drop”, which if you’re paying attention, can sometimes be really awesome. All that being said, techno can get extremely repetitive and I can’t really handle more than three songs in a row of the same stuff.

We went to two clubs and they were both fun, but far more repetitive than the music we were spinning at the apartment. Despite the constant smoking, the clubs had a more “homey” feel, if a club can have such a feel, and didn’t feel as grimy as the abandoned factories of Berlin. At one point, I stepped outside with a few people from our group to get some air. An African man approached us and asked if we would buy him some beers. The bouncers had rejected him at the door despite the fact that he had money and was well composed. The girl in our group took the mans money, ran inside the bar, and was back shortly with two heinekens in hand. I suppose something you need to know is that at these clubs you can just take your drinks outside on the street.

A bit more dancing, and then I was chatting with some no-longer-strangers outside of the clubs. There were three of them together and they were from Spain, Italy and Austria. Everyone in the group had met within the past few days. As I noticed the light coming up over the mountains, the one girl explained to me that if you look the other direction, it’s still dark, and therefore…it’s still party time? I opted for the radical alternative of going to bed. 5:30am and I’m the guy who went home early.

After a late start the next morning, sleep deprived and disoriented, I met up with Bernardo who I had met through couchsurfing to go on a hike. We took a short bus ride up to the base of Patscherkofel, a peak south east of Innsbruck, opposite to the primary range to the north.

This area looks absolutely incredible for mountain biking. You can even take the gondola up if you’re feeling lazy. If I get the chance to come back to Innsbruck I am absolutely renting a mountain bike.

After a successful hike in beautiful weather, we were able to get on the bus just before the storm came in. The night was concluded with some well earned Austrian dining. 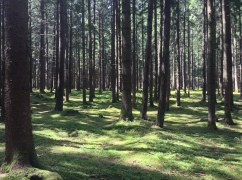 the sound of cowbells fills the air 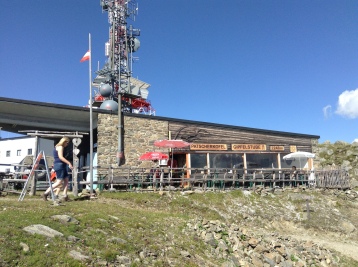